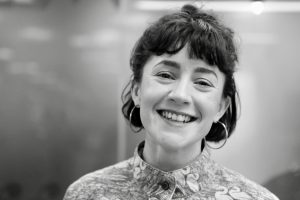 I’m a freelance journalist based in London.

I spend half the week as a freelance writer with articles published by The Guardian, The i paper, Vice, Grazia UK, Huck and The Independent. I specialise in reported features, cultural trend pieces and profiles. I mostly cover culture (comedy, TV, podcasts, theatre, digital media trends) and health (mental wellbeing, sexual health, nursing and more).

In 2020, I was shortlisted for arts and culture journalist of the year at the British Journalism Awards. One of my award-nominated entries, an investigation into sexual harassment in UK comedy, was also picked up by BBC Woman’s Hour, Sky News and other outlets.

The rest of the week, I’m a senior writer and digital editor on a nursing magazine.

Before that, I was managing editor of Heart Matters, a consumer magazine from the British Heart Foundation, with one million readers. I edited the quarterly print magazine, wrote features, and scripted/produced animations and videos. Previously, I edited a business travel magazine, worked on The Times digital team, and co-hosted a personal finance radio show.

I am available for feature commissions, podcast/panel appearances and editing work.